Our lecturers can’t wait to share mind-expanding information. They are quality maniacs, ready to take chiropractic functional neurology out of its conventional straightjacketed constrains and give it a distinctive and practical approach. Everything they share is meticulously selected and is united by their common mission to inspire and help you be your best.

Occasionally, guest speakers will be invited to talk about specific topics that will benefit both your knowledge and your mindset.

Tom Claykens has Belgian nationality. He graduated with honours as a chiropractor with a master’s degree from Chiropractic Sciences at the Anglo-European College of Chiropractic (AECC) in Bournemouth and has a second master’s degree in Exercise Sciences from Katholieke Universiteit Leuven (Belgium).

Tom Claykens is a Diplomate of the American Chiropractic Neurology Board (DACNB) and a Carrick Institute graduate.

He has also taught at the Barcelona Chiropractic College (BCC). At present Tom Claykens heads Biddenden Family Chiropractic in Kent.

Jeroen (Jay) Postma was born in England but grew up in the United States. His parents are both Dutch and he is a Dutch national. He studied chiropractic at Northwestern College of Chiropractic in Minneapolis, Minnesota and received the Doctor of Chiropractic degree (DC) in 1987.

Jay Postma is a Diplomate of the American Chiropractic Neurology Board (DACNB) and a Carrick Institute graduate. Jay is a past president of the NCA (Netherlands Chiropractic Association), European Chiropractic Union (ECU) representative, and member of the Board of Governors at the AECC.

In the past, Jay Postma has lectured at the Barcelona Chiropractic College (BCC) and played an instrumental role in the set up of the functional neurology component of BCC’s chiropractic program.

At present, Jay Postma is an American Chiropractic Neurology Board examiner, Graduate Education Programme examiner and a member of the Netherlands Chiropractic Association (NCA) board of education.

Jordi has been the Module Leader of Neuro-Orthopaedics and Clinical Neurology at the Barcelona College of Chiropractic (BCC) since 2013. He is an internationally experienced guest speaker and lecturer of functional neurology and Applied Kinesiology seminars.

Reineke Koldewijn-Erdbrink is a certified dietician. She does not like to concentrate on ‘dieting’ or any other kind of ‘quick fix’ but finds it far more important -and challenging- to focus on the role weight and inflammation play in the many neurologic complaints.

“Addressing the chemical aspect of the body during treatment and prevention go hand in hand with biochemical and neurological ones”, she explains.

Reineke Koldewijn-Erdbrink’s approach is in line with the latest, cutting edge scientific findings. She is also specializes in allergies.

Brain & Neuroplasticity lecturers are registered and accredited chiropractors with DACNB degrees. All of them are graduates of the Carrick Institute.
The series of modules we offer have European Academic Council (EAC) accreditation equal to 8 CPDs per module. 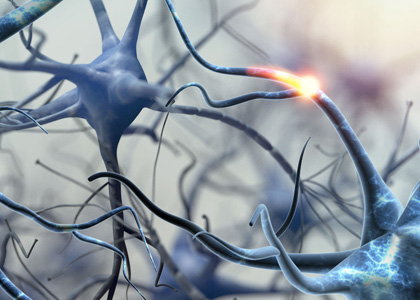 In order to function properly, your brain needs 3 primary things:  oxygen, fuel, and activation.  This last aspect is accomplished mainly through movement.  We will explain how sporting activities as well as spinal manipulative treatment effects the brain.

In this module we will elaborate on the functional neurological consequences of concussion.  Often times, these involve imbalance of cortical and brain stem centers, ultimately effecting the vestibular system, which leads to neurovascular consequences and autonomic imbalance.

Most health complaints are a consequence of the body’s incapacity to deal with a critical amount of STRESS.  There are 3 main sources of stressors we are exposed to:  physical, chemical, and emotional stress.

What are the implications of under- or over activity?  How do the lobes communicate with one another and what is the blood supply?  We will give a condensed review highlighting the most important aspects on functional neurology.
Instead of attending the seminar ‘live’, you could also take this module ‘online’. For more information on this option, check out our ‘Learn Online’ tab above!

Your lecturers are Jeroen (Jay) Postma and Tom Claykens. They are quality maniacs and Carrick Institute educated diplomats, whom take chiropractic functional neurology out of its conventional straightjacketed constrains and give it a distinctive and practical approach. Everything they share is meticulously selected and is united by their common mission to inspire and help you be your best.

For whom is it?

Our modules are held on Saturdays from 9 a.m. to 6 p.m. All modules can be taken independently and each one of them has been granted European Chiropractic Academy (EAC) and SCN accreditation equal to 8 CPDs per module.